Where is Prague? Good question! 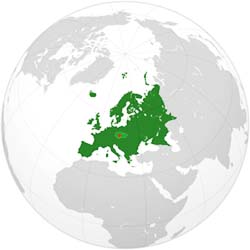 As you research, you will likely hear that Prague is in the "heart of Europe." This marketing term also has some practical truth to it.

Prague is actually quite central compared to other European capitals. So, it's not such a bad way to describe where we are.

We like to think of Prague as being in, Central Europe. Aside from its location, Prague and Czech Republic has become more of a hub of culture and travel since the revolution of '89.

Since the country's inclusion in the European Union, the term of Eastern Europe seems a bit outdated for Czech Republic.

Actually, Prague is further west than Vienna. So, who's eastern now?!

Here are a few distances between Prague and other major cities to give you a better idea of their relation to the city.

And what about some flight times to determine how long your flight to Prague will be?

Or, how long will it take to drive to Prague from Budapest or Berlin?

These distances, flight durations and other times will give you a better idea of what to expect when traveling to Prague.

Distances are based on driving and derived from Google Maps.

Please note, all travel times are just approximates which will depend on your route, time of day, traffic, etc.

Where is Prague in Czech Republic?

Prague is the capital and largest city of Czech Republic. It's located in Bohemia which is the western half of the country. 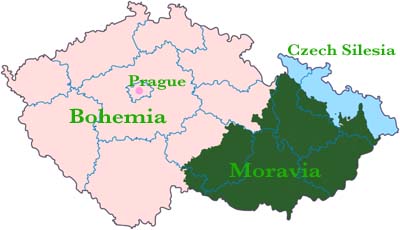 Prague is a short distance to other countries. Germany is the Czech Republic's closest neighboring country. It's just to the west (and north) of Prague.

This map of the Czech Republic notes each neighboring country: Germany (DE), Poland (PL), Austria (AT) and Slovakia (SK). 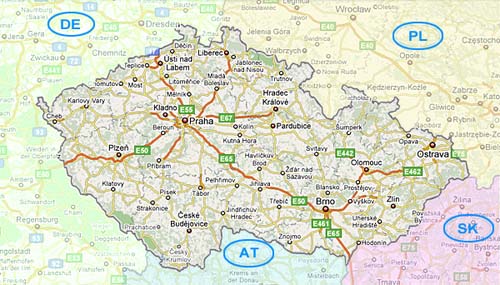 Do you have questions related to traveling to Prague, staying here or anything related to Prague tourism?

Did I answer your burning question of,"Where is Prague?" If not, please ask get in touch through my Guide To Prague - Q & A.

Or try these related articles for more help...

• Traveling to Prague - useful ideas on getting here

Home > Map of Czech Republic > Where is Prague?