The Hunger Wall must have the best name of any place in Prague. When you hear it, you just know there's a story behind it. 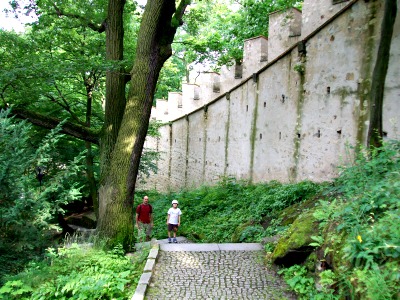 Charles IV ordered the building of a wall to serve Prague as fortification to parts of the city including Prague Castle. His proposal coincided with a famine that had gripped the city around 1360.

But, the wall served as a place to find work and money to eventually feed many residents. Locals then turned the project into a bit of a myth, considering it a direct job for the people as opposed to an actual fortification. Hence, the name - Hladová zeď (The Hunger Wall).

The creation of the myth and wall only bolstered the popular view of Charles IV as a man of the people. 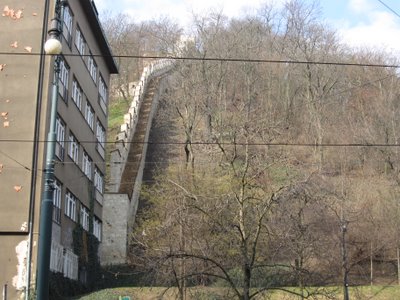 In winter the wall bares itself.

Also, the wall was built around the same time Charles commissioned what's now known today as Charles Bridge. The bridge replaced the flood destroyed original Judith Bridge and connected both sides of the city for the first time in years.

To be honest, the wall itself is huge, so it's not quite "hidden."

But it's definitely overlooked by most people because of all the other things to see in Prague.

The wall stretches from the gate of Strahov Monastery all the way across Petřín and down nearly to the base of Ujezd. And in the winter you can see it even from Old Town.

More Than a Wall 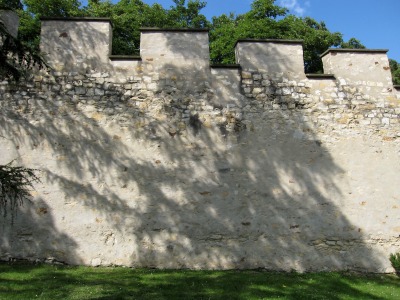 Ok, so about now you're considering what's so great about this wall. Or maybe you're already hooked. Either way, let's expand the conversation by including a few other things.

If you start from the wall's base near Ujezd tram stop, you will get a nice work-out walking up the hill - but you will also get a feeling for how much effort the wall must have been. But, further up the hill you will find one of our favorite little gardens in all of Prague. 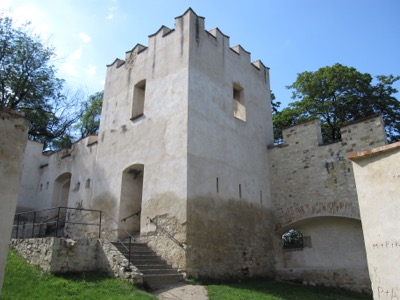 This lookout is on the side of Petrin as you near the top.

The wall descends down the hill close to the tram stop Ujezd. There are a variety of good restaurants here including traditional Czech meals at Olympia. The bridge nearby that crosses to Old Town is Most Legii. Cross over for fantastic views.

Our children refer to it as the secret garden. Can you find it?

At the top of the hill you can follow the wall over the top of Petřín and reach a number of other areas that you might otherwise skip. This is a great way to either access the rest of Petřín with its lookout tower, observatory, funicular and mirror house.

Or, you can take the lesser known route and walk into what becomes Kinský zahrada. This is a beautiful park in the popular area of Smíchov. This park includes one of our other hidden Prague sights, the Church of St. Michael. 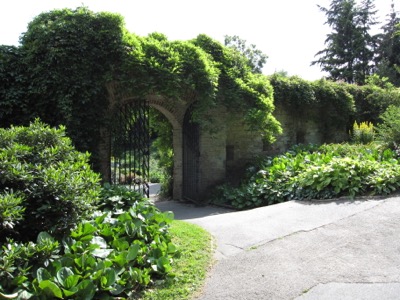 Our kids like to call this the "secret garden."

Where is the Hunger Wall?

The wall courses up the side of Petřín park. This is the huge green hill that sits above Malá Strana (Lesser Town). It's the largest park in central Prague. 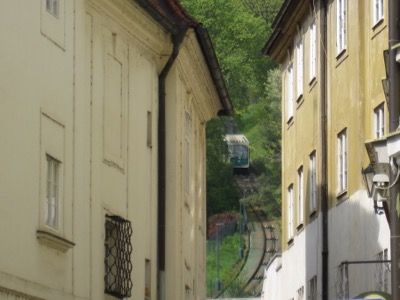 Take the Funicular up the hill for the easiest approach.