This is a quick look at the Prague metro system. These basic facts will give you a broad idea of the three metro lines and useful stations according to sights and attractions.

The metro has three lines: A, B and C. On maps the metro lines are always color coded accordingly and maybe easier to remember. The A line is green, B is yellow and C is red.

The Prague metro typically operates from 5 a.m. to midnight. Trains run every few minutes on all lines during this time. They run less regularly during off-peak times (weekends, holidays and nights).

During typical rush hour times, the metro can be crowded. This is particularly true for specified transfer stations, where two lines overlap.

The metro has three transfer stations - meaning you can transfer from one line to another within the same station. These stations are Mustek, Muzeum and Florenc.

The metro is safe and clean. But, it's always a good idea to watch out for pickpockets especially on crowded trains.

Click here for a PDF map of the metro 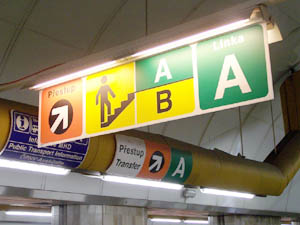 Here is a look at most common stations with some corresponding attractions. 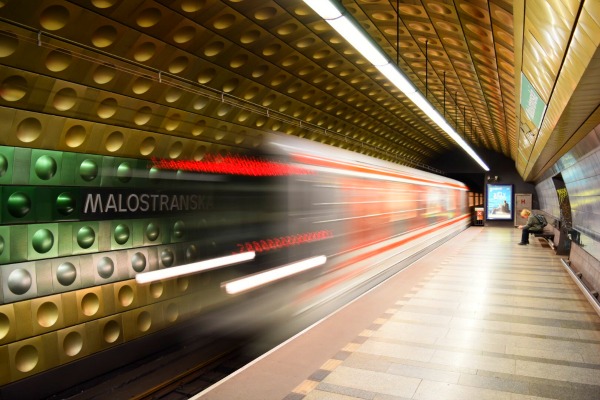 The 'B' line runs diagonally across the city, from Zličín to Černý Most. It connects to the 'A' line at Můstek and the 'C' line at Florenc.

This line services many of the suburban and shopping areas as well as central Prague. A few significant stations on the 'B' line include: 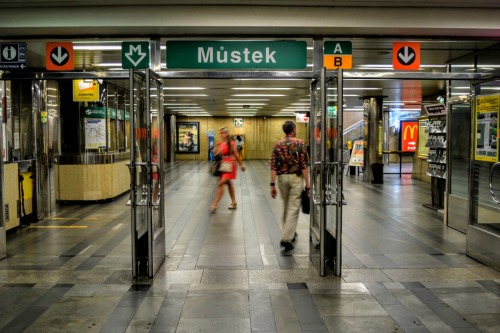 Mustek is a transfer station for lines A and B

The 'C' line bisects the city, running basically north and south. It connects to the 'A' line at Muzeum and the 'B' line at Florenc. It includes stations for both major train stations and Vyšehrad Castle.

Significant stations on the 'C' line and corresponding attractions: 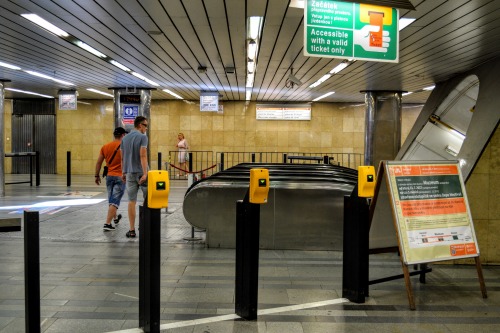 Don't forget to stamp your ticket!

Tickets for the entire public transit system in Prague are the same. So you can ride the metro, trams and buses with the same kind of ticket. Just make sure you get it stamped with the time by putting it in one of the yellow machines. Once you stamp a ticket you can travel wherever and however, as long as the time permits.

The metro usually has these machines before going downstairs to the platform. In many cases, you will see them just before the escalators. Just put your ticket in one and it will stamp your starting time.

All Prague metro stations sell tickets. There are larger yellow ticket dispensers that take coins only. These are great if you have some patience, but they aren't always very reliable and can be frustrating at times.

So, it's best to just buy tickets from a clerk at the designated booth, when open. For more details, check out Prague's official transit site.